Learn about CanJS’s mission, why it matters, and how we’ve worked (and will keep working) to accomplish it.

CanJS’s mission is to minimize the cost of building and maintaining JavaScript applications by balancing innovation and stability, helping developers transcend a changing technology landscape.

You shouldn’t have to rewrite your application to keep pace with technology. We constantly integrate new ideas and evolving best practices into CanJS libraries, but in a responsible way that makes it possible to upgrade gracefully. We aim to provide a stable and innovative platform, so you can block out noise and stay focused your app, not the tools. 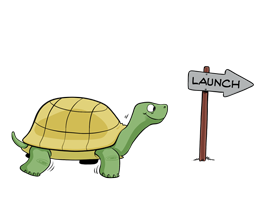 Keep reading to learn why our mission is important and how we’ve fared in realizing it:

Stability and innovation are often conflicting goals, but they are both critical factors to application success. Application development lifecycles can last years, so it’s important that code written today will be relevant tomorrow. Yet technology changes quickly, especially in JavaScript. New technology brings better techniques and is critical for developer happiness and retention.

When starting a new application, it’s easy to forget that the majority of development happens after the application is released. Many frameworks, after a short period of popularity, either:

Productivity-wise, over the life of your application, that ends up looking like this: 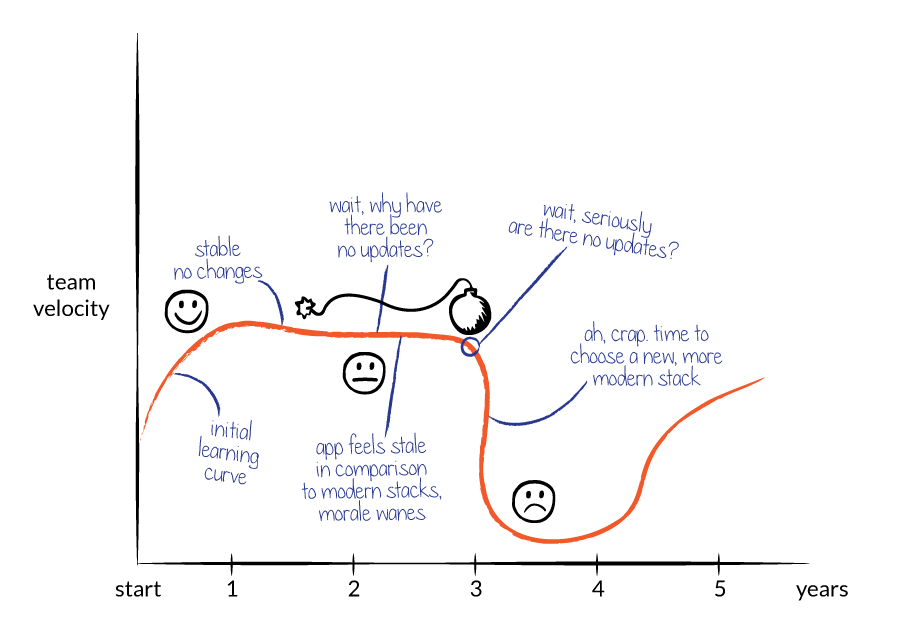 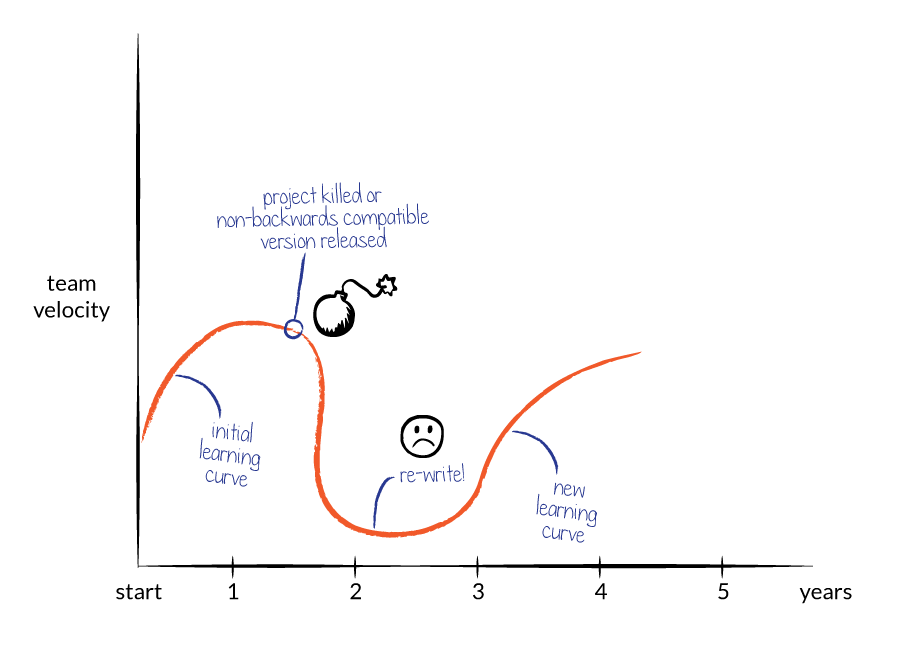 What is needed is a balance of innovation and stability, where developer productivity increases over time, but doesn’t take large steps backward. That looks something like this: 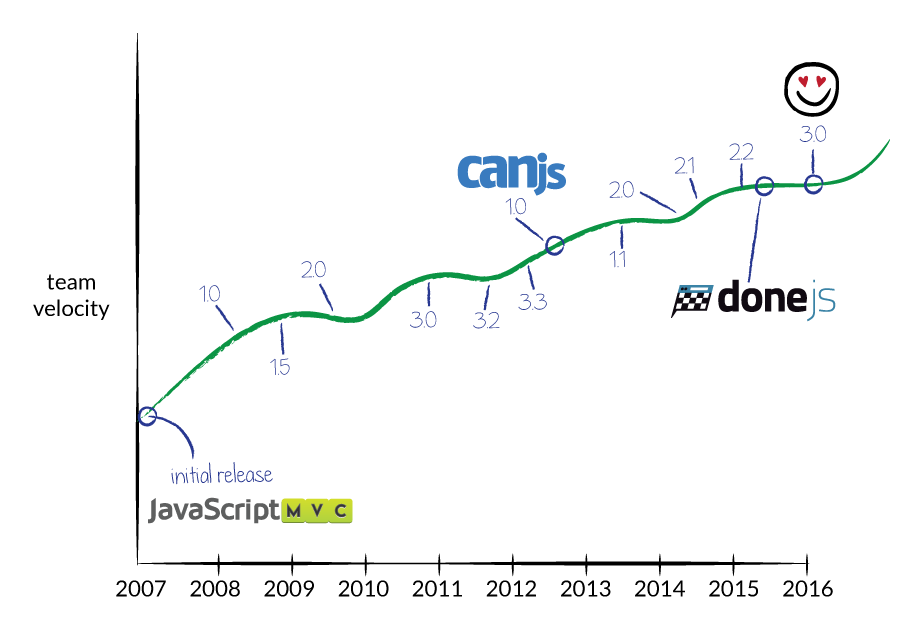 This is our mission.

Stability is difficult in the JavaScript community

You may be familiar with the never-ending stream of hot new JavaScript frameworks that take our community by storm every one or two years.

This isn’t surprising. Consider how many different programming languages you can use on the server-side: Java, Ruby, Python, C#, Haskell, etc. There is only one JavaScript. Innovation is going to move at a blistering pace. We should embrace it.

But, the blistering pace of innovation also means that most frameworks will emerge with one revolutionary feature and then fade as the next revolutionary framework emerges. Instead of the old framework adopting new ideas, the community and its attention move onto the next hot framework.

This makes it difficult to avoid stagnation in any community-driven tool over a long period of time.

Our history of stability and innovation

CanJS has been helping developers transcend the constantly changing technology landscape for over 10 years. Read on to learn about:

Our history of stability

CanJS has been around since 2007. CanJS was originally called JavaScriptMVC. In 2012, JavaScriptMVC was split up into several pieces, including CanJS. Every year, we have improved CanJS by incorporating new best practices and ideas from the larger JavaScript community, while not leaving behind our existing users. The result has been a viable upgrade path for over 10 years! 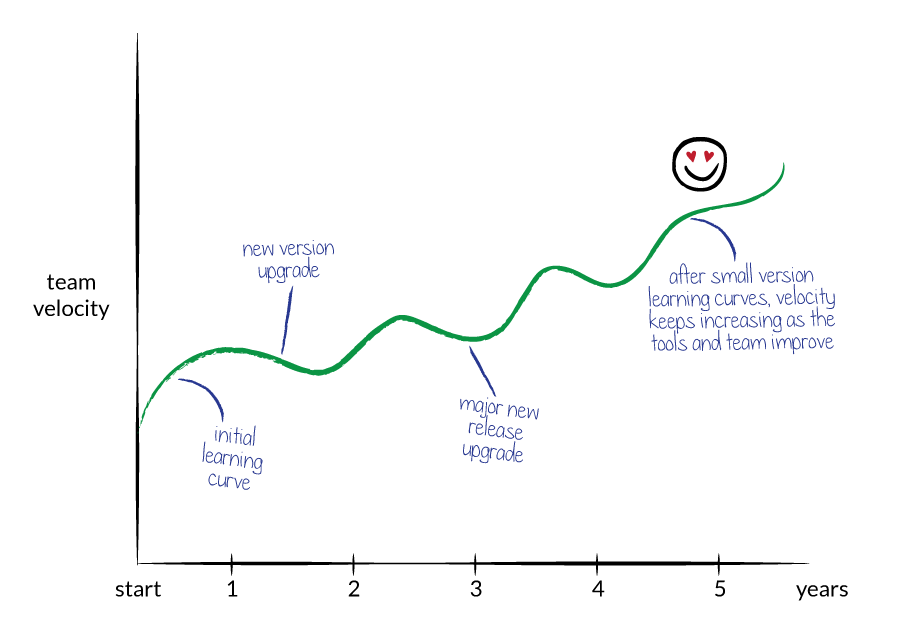 Major releases are not fully backwards-compatible, but it was possible to transition with limited effort.

Let’s see how one piece of CanJS, can-control, evolved over this time.

In 2007, using JavaScriptMVC 1.0, to listen to when any element that matches the selector .todos li.complete is clicked, you might have written something like the following:

JavaScriptMVC was one of the first libraries to support event delegation, but these old controls weren’t extensible and couldn’t work in an isolated context.

In 2009, jQuery began to dominate JavaScript development. We helped add event delegation to jQuery and integrated it into JavaScriptMVC 2.0. The previous code became:

In 2013, we released CanJS 2.0, and transitioned to can-components instead of can-controls. But even now, almost 10 years later, to make that MVC.Controller work in CanJS 3.0, you could update it to the following:

This is one of many examples of CanJS’s code undergoing significant improvements and changes, while still keeping it possible to upgrade your application.

For teams upgrading to 3.0, we created multiple migration paths so upgrading can be done incrementally.

Our history of innovation

Over the past 9 years of CanJS, the web has evolved, and the best practices in JavaScript application development have changed. As these changes have occurred, CanJS has filtered out the very best ideas and practices, and implemented them in evolving APIs.

To name a few:

How 3.0 improves stability and innovation

CanJS 3.0 has been reorganized into several different dozen independent repositories, each with its own npm package and version number using Semantic Versioning. Organizing CanJS into individual repositories will improve CanJS’s stability and innovation going forward.

Independent repositories improve stability because they make it easier to upgrade more frequently. For example, compare upgrading a 2.3 app to upgrading a 3.0 app.

Despite making relatively few breaking changes, and providing a migration guide, upgrading from CanJS 2.3 to 3.0 looks like a big step: 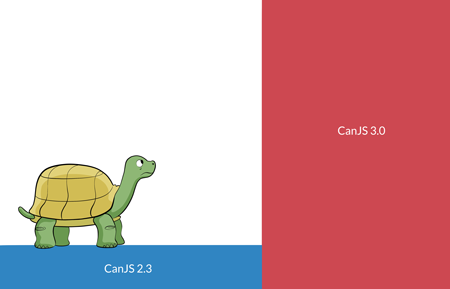 But if you break that step down, CanJS 2.3 is mostly CanJS 3.0 with a bunch of bug fixes, a heap of new features, and a few breaking changes. Most of the difficulties upgrading are the breaking changes, which account for the majority of the upgrade step size: 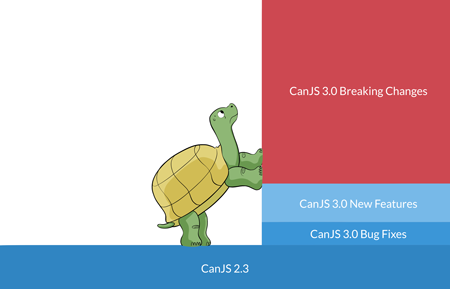 Currently, to get all of those bug fixes and new features, you have to take on those breaking changes all at once. Depending on your company culture, and scale of your application, this might not be easy.

Going forward in CanJS 3.0, packages are released independently of each other. You can upgrade to bug fixes and new features immediately and delay breaking changes (example: can-route 4.0.0) until later. You can upgrade breaking changes in steps too. For example, you might upgrade to can-route 4.0.0 one month and can-component 4.0.0 the following month. CanJS 3.0’s upgrade path might look like: 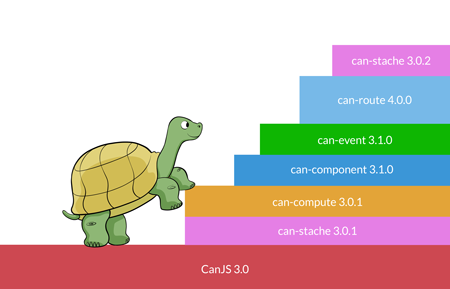 The shift to independent repositories was CanJS 3.0’s biggest undertaking and arguably biggest feature. This fact underscores how important our goal of balancing innovation and stability is to us. For more nuts-and-bolts features of CanJS, please read CanJS’s Technical Highlights.